Iwate Prefectural University has been engaging in reconstruction support in the disaster-stricken areas of the Great East Japan Earthquake and subsequent Tsunami that occurred on March 11, 2011, together with students, teachers and staff from Ohio University in the United States. The first project was conducted in September, 2011, and the second in September, 2012. From 2013, students and teachers from Chubu University and Honjo International Scholarship Foundation recipients also joined this activity.

This volunteer project is called “Mizubora” which distributes boxes of bottled water to local residents who have been forced to move into emergency temporary housing or disaster public housing. The international volunteer members create not only conversation opportunities of “speak out” and “watch over” to residents, in particular elderly people living alone, but also energize them. Honjo International Scholarship Foundation provides several thousands of 1-liter bottles of water every year.

For the ninth time this year (2019), a total of 90 members from the above universities and Honjo International Scholarship Foundation, participated this activity at the disaster public housing in Rikuzentakata City, Iwate Prefecture. 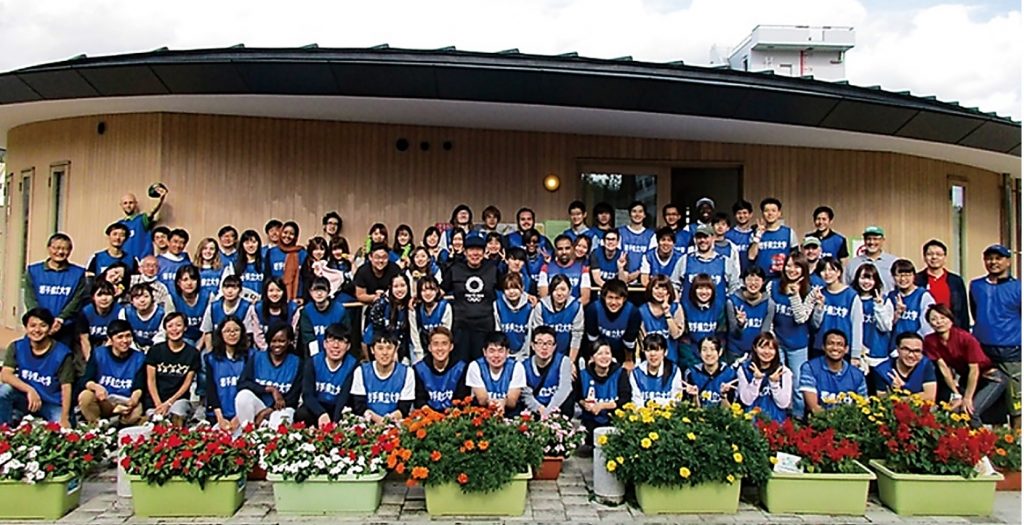 The following is the impression of one of students, Iwate Prefectural University : “What I felt working together with international students is that there are no boundaries in volunteerism. International students cordially worried about residents and worked hard with smiles. Watching the way, I realized that volunteer activity was great in making it possible to collaborate with people from all over the world. If a disaster occurs in a foreign country, I wish to go there to support. 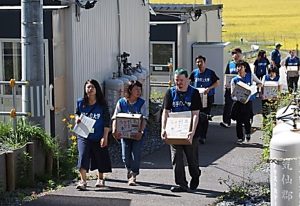